Five Minds for the future 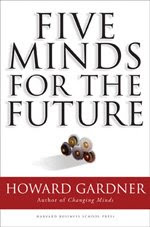 * The Disciplinary Mind: the mastery of
major schools of thought, including
science, mathematics, and history, and of
at least one professional craft.

* The Synthesizing Mind: the ability to
integrate ideas from different disciplines
or spheres into a coherent whole and to
communicate that integration to others.

* The Creating Mind: the capacity to
uncover and clarify new problems,
questions and phenomena.

* The Respectful Mind: awareness of and
appreciation for differences among
human beings and human groups.

* The Ethical Mind: fulfillment of one's
responsibilities as a worker and as a
citizen.
Posted by Mazlan, at 8:09 AM No comments:

Howard Gardner , Professor of Cognition and Education at the Harvard Graduate School of Education is in town. 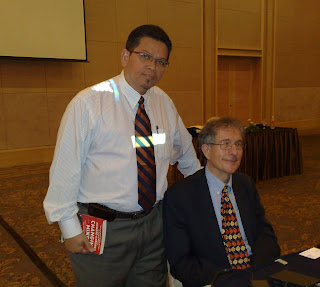 With Howard Gardner 23/6/2009
Howard Gardner is the John H. and Elisabeth A. Hobbs Professor of Cognition and Education at the Harvard Graduate School of Education. Among numerous honors, Gardner received a MacArthur Prize Fellowship in 1981. In 1990, he was the first American to receive the University of Louisville’s Grawemeyer Award in Education and in 2000 he received a Fellowship from the John S. Guggenheim Memorial Foundation. He has received honorary degrees from twenty-two colleges and universities,including institutions in Chile, Ireland, Israel, and Italy. In 2004 he was named an Honorary Professor at East China Normal University in Shanghai. In 2005 he was selected by Foreign Policy and Prospect magazines as one of 100 most influential public intellectuals in the world. He has been elected a member of the American Academy of Arts and Sciences, the American Philosophical Society, the National Academy of Education, and most recently (2007) the London-based Royal Society for the Encouragement of Arts,Manufactures, and Commerce. He serves on a number of boards, including the Spencer Foundation and New York’s Museum of Modern Art.

The author of over twenty books translated into twenty-seven languages,and several hundred articles, Gardner is best known in educational circles for his theory of multiple intelligences, a critique of the notion that there exists but a single human intelligence that can be assessed by standard psychometric instruments. Building on his studies of intelligence, Gardner has also authored Leading Minds, Changing Minds, and Extraordinary Minds.

Over a decade ago, in collaboration with psychologists Mihaly Csikszentmihalyi and William Damon, Gardner embarked on a study of GoodWork—work that is excellent in quality, socially responsible, and personally meaningful. The GoodWork Project (see goodworkproject.org) includes studies of outstanding leaders in several professions—among them journalism, law, science, medicine, theater, and philanthropy—as well as examination of exemplary institutions and organizations. More recently, Gardner and collaborators at Harvard Project Zero have embarked on applications of good work insights in secondary schools and colleges; investigations of conceptions of trust and trustworthiness in young people; and studies of ethical issues associated with the new digital media.

In this decade Gardner has authored or co-authored several books. In 2001, Basic Books published Good Work: When Excellence and Ethics Meet. A more recent publication from the project is Making Good: How Young People Cope with Moral Dilemmas at Work. Other recent books by Gardner include The Disciplined Mind, The Development and Education of the Mind, and Multiple Intelligences: New Horizons. Gardner Under Fire (2006) contains a set of critiques to which Gardner has responded as well as an autobiography.

Gardner’s newest book, Five Minds for the Future, was published in April 2007.
Posted by Mazlan, at 8:15 PM 1 comment: 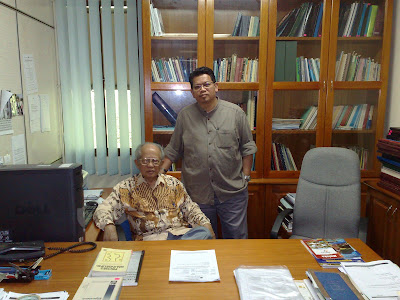 The Star, Metro North
Tuesday June 2, 2009
By DASHEER NOR

THE Alor Star Tower management has begun a search to uncover Kedah’s musical talents under a contest called the ‘Tower Idol’ which is modelled after the popular television reality series ‘American Idol.’
Competitors must be aged 16 years and above.
Each participant is required to pay a registration fee of RM20.
The search had kicked off earlier in April at two venues in Sungai Petani (Tesco and Village Mall) and Bukit Mak Inson in Pendang.
The next one will be held at Jerai Plaza in Gurun on June 13.
This is followed by one at Langkawi in the Langkawi Parade shopping mall and several other venues for the next few months.
The singing competition will take a break during the fasting month of Ramadan.
The top two singers at each selection venue will be chosen to participate in the grand final to be held at the Alor Star Tower premises on Dec 26.
Alor Star Tower general manager Mazlan Mahmud said cash prizes of RM300, RM200 and RM100 would be given to the top three winners at each of the selection trial venues respectively.
He added that the champion at the grand finale would receive a cash prize of RM3,000, a trophy and a hamper.
Apart from receiving the prizes and earning the Tower Idol title, the champion would also get a chance to cut an album, Mazlan told a press conference recently.
Meanwhile, a series of fun-filled activities have been lined up for schoolchildren on the occasion of the Yang di-Pertuan Agong’s birthday at the Alor Star Tower on Saturday.
Among them are a heritage trail treasure hunt, a colouring contest, a skating competition, BMX Flatland racing activity, a photography event and an eat-all-you-can contest.
For more information, contact Fadly Fahmi at 013-6600392, Norzilawatie Din at 019-5280587 or the office at 04-7202234.
Posted by Mazlan, at 11:22 PM No comments:

Me and Pak Lah

STANDING IN THE EYES OF THE WORLD

Standing In The Eyes Of The World Looking back all the years,all the sacrifice
If you want to be the best you've got to pay the price
You learn it from the very start just how hard you must try'Coz if you don't spread your wings then you can't flyLook at where you are today
Did you ever think that you would come all this way ?( chorus )(And) now you're"Standing In The Eyes Of The World"
Only moments away from what can beThere's a passion in the hearts of a fewever waiting inside to be set free
When the time comes and your spirittakes flight and you reach intoyour soul and live it with all of your might
And there's no surprise that you're(And everyone tries when you're)"Standing In The Eyes Of The World"
Many have hopes and dreams that will not come true
And all of them left behind now they will live in you
Everyone feels the same once a day in the sun
But sometimes there is only room for one
Never ever been so near now the chance is finally here( repeat chorus )

At Ritz Paris after check in

Besides Azian at Harrods, London

At The Dead Sea, Jordan

What will you do if you know you got no time?